Mr. Indra Setiadarma is the Founder of Sahabat Bamboo. Sabatik background is the time at which Sahabat Bamboo was asked to cooperate with Pelita Harapan University to develop bamboo craft products such as bamboo plait combined with batik cloth typical of Indonesia. The Sabatik was born in November 18 of 2019. At the time, we asked bamboo craftsmen from Jagungan, Rimpak Village, Sapuran Sub-district, Winosobo. After the cooperatioon was established, there was discussion to create product brand; finally, SABATIK (Sahabat Bamboo – Batik) was established.
The meeting of Mr. Indra and groups of Rimpak bamboo craftsmen began from the cooperation of Sahabat Bamboo dan bamboo farmers in Rimpak area, then they knew bamboo craftsmen in the village and it was followed up by training, inviting trainer from Japan organized by UPH and Sahabat Bamboo.
This Sabatik is expected for reliable plaited products combined with batik typical of Indonesia. Future expectation is to increase economic value of artisan group in Rimpak Village and may use local bamboo of the Rimpak Village. The common expectation is to develop more bamboo plaits to the local people.
Sabatik’s products are ones having high art value because these products widely prioritize artistic value using plait technique from Japan, utilizing bamboo leather, and combining batik applied to the plaited products. However, it is not impossible that the Sabatik shall develop various bamboo plait products the artisans produce.

Bamboo plait products typical of Wonosobo are, in fact, more creative than bamboo plait products of other artisans. Where the past bamboo-plaited products in the Rimpak village were made as furniture such as cething (baklu), besek and tampah; now, they are more innovative using attractive designs, such as, vase, cosmetic container, fold door and wallpaper.
Village location with mountains and rock road access does not decrease small and middle business spirits of Rimpak people having become hereditary legacy. According to Hendri, UKM person, said that plaiting skill of Rimpak people is hereditary legacy taught by religious pioneers such as Raden Aryo Panji and he did not know the exact time; however, in 1965, this Village had started to make handcrafts of bamboo plaits with different expertise types in the Rimpak village. Jagungan alone was production place of tampah craft.

Of 1,375 households occupying Rimpak village, 700 of them were bamboo plait artisans. Bamboo plait labors were not only adult females and males, but also the labors were children at school ages and elders.
Efforts to increase design innovation of plait products were also made by the government through cooperation with Pelita Harapan University and partnership with Sahabat Bamboo. Given training of bamboo plaiting by inviting materializers from Japan and making a product with high art value using Japanese plait technique using wulung bamboo leather and collaborating batik in the plaited products, innovation regarding plaited products is expected to increase economic value of artisans in Jagungan, Rimpak.

Sahabat Bambu Batik (Sabatik) was initially started as a non-profit-oriented business unit by tree in 2006, one year after earth quake disaster in Yogyakarta. 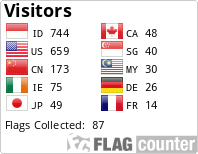